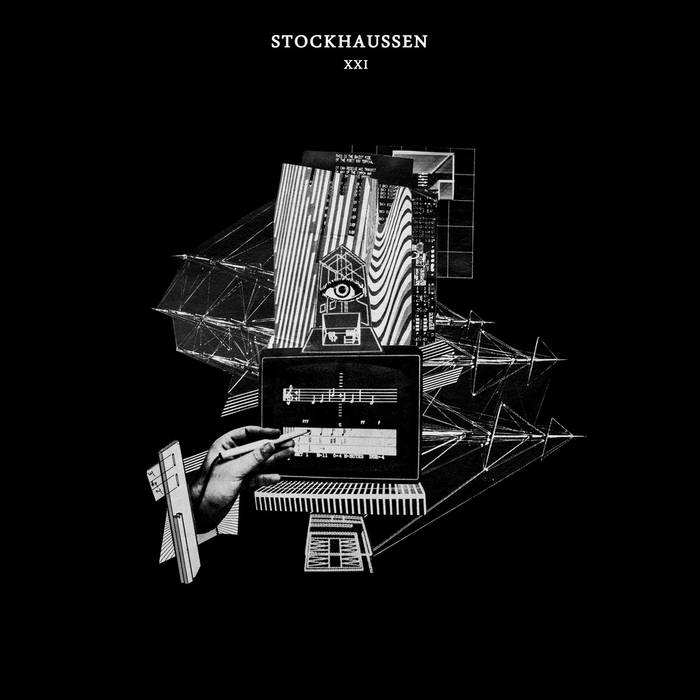 "The third album made by Angel Kauff from Mexico, this time gives us a different texture in combined sounds from the Minimal wave to the EBM through nuances 80s, a whole divergent album and part of the musical maturity of his career"

My third L.P. called "XXI" is here, this album represent many special things for me and i'm really happy to share this part of the musical universe with Rational Youth, Lynette Cerezo from Bestial Mouths, Cimientos Fecundos and introducing INMATFABRIK. I'm very grateful to all of the artist & all people who believe in this project called Stockhaussen. ϟ▲

The cover for this album was made by the talented artist Camila Valencia.

The album starts during 21st century (XXI), Lo-fi music, electronic & cold sound, experimenting in the new communication era, the connections between the machines and the humans through the music, showing a reinterpretation of the past in the present.

We have reached, "Pasado y Futuro" is the border, new structures of music to equilibrate the sensations and the mind to know another part of the universe, as though we were travelers of time with the possibility to go to different spaces of this reality.

We're at the end of the road, Inmatfabrik is the last stop, it's electronic body music, It is really a renaissance.
It's time to take a rest... But not for a long time.

Bandcamp Daily  your guide to the world of Bandcamp

New sounds from Mavi, Ivy Sole & Moderator, plus AJ, the One joins the show, for her latest release